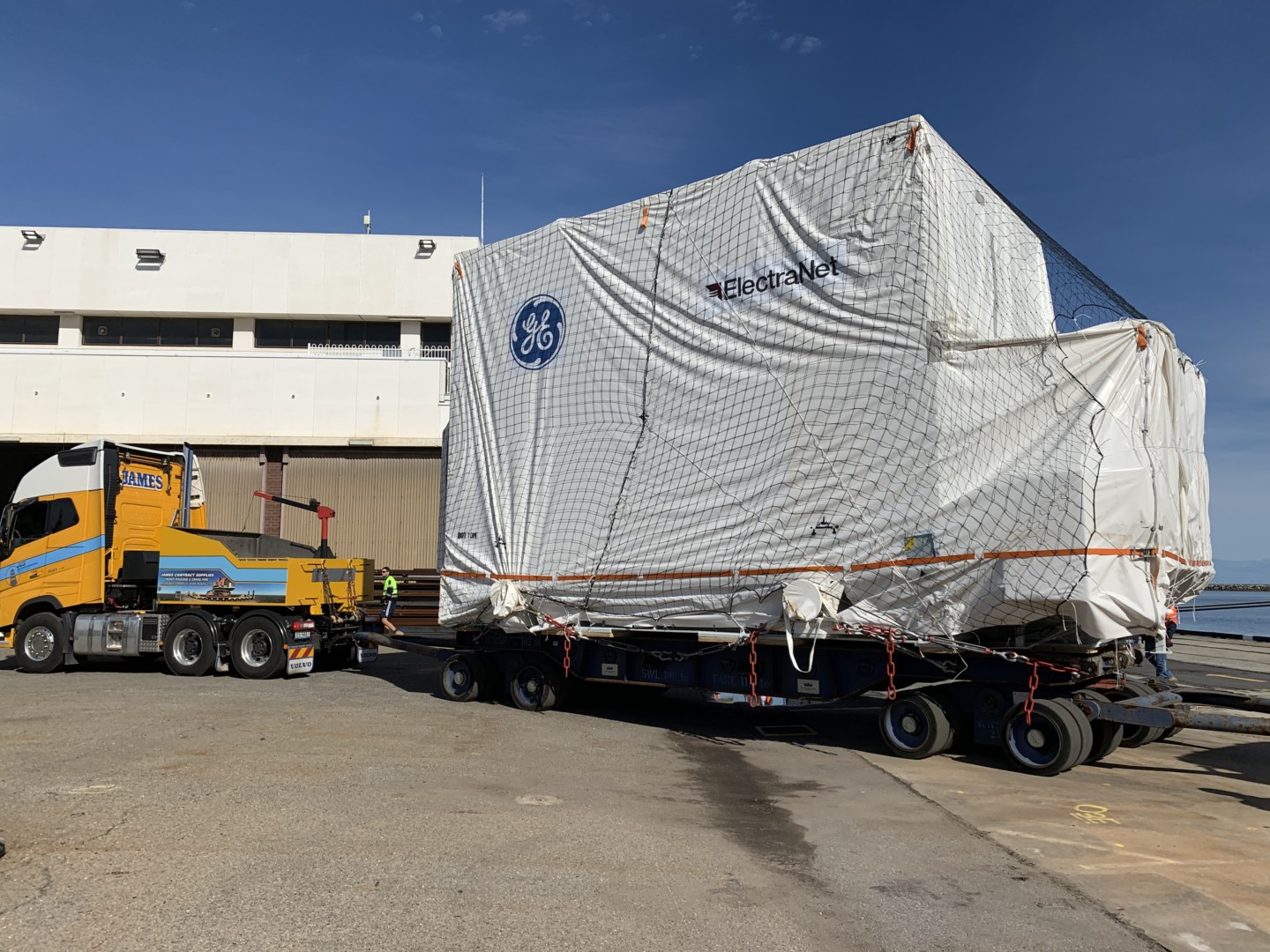 The first of two synchronous condensers to be installed at Davenport near Port Augusta in South Australia’s north, which arrived in Adelaide recently, will be transported under police escort to ElectraNet’s Davenport substation site today.

ElectraNet Chief Executive, Steve Masters, said the arrival and transportation of the synchronous condenser was an important next step in improving the strength and reliability of South Australia’s electricity network.

“As more renewable energy sources such as wind and solar power are connected to the electricity network, we don’t have the same level of system strength that was generated by conventional synchronous generators, which are now being used less often,” Mr Masters said.

“This has created a shortfall in system strength and inertia in our power network, increasing the risk of system instability and supply interruptions.

“To respond to this and in order to ensure South Australian power customers have a secure power supply, we will be installing four synchronous condensers, two at Davenport and two at Robertstown.

“This first synchronous condenser, along with a second that should arrive by the end of this month, will be installed at our Davenport substation site and energised by the end of the year.

“Construction crews have been working at the Davenport site over the past 10 months to prepare it for the arrival of these huge and critical pieces of power infrastructure. Each one weighs in at more than 170 tonnes, is more than five metres tall and eight metres long.

“Currently the Australian Energy Market Operator (AEMO) has to direct generators to operate at certain times to maintain adequate levels of system strength in South Australia. These directions are costly and add to customer electricity bills.

“By comparison the synchronous condensers are estimated to deliver a net saving to customers equivalent to $3 to $5 per year on a typical South Australian residential electricity bill from the time of commissioning.”

A further two synchronous condensers, to be installed at Robertstown, will arrive in Adelaide towards the end of the year. They will become operational by the middle of 2021.

Our commitment to safety

Safety is our priority and is at the heart of all of our activities as we operate in a high-voltage environment. We believe in delivering sustainable improvement in both safety performance and our safety culture.